Since this is not on EU portal yet (would be marginally more useful to post this instead of another premium shop bundle), here’s the Russian server explanation for the accuracy change in 9.6.
鉴于欧服官网上还没有这个（发这个能比金币车礼包稍微强一丁点），以下是毛服对于0.9.6的精准度改动的解释：  END_OF_DOCUMENT_TOKEN_TO_BE_REPLACED

Ever wonder why your round bounces off of a lightly armored tank even though it should have went through? I found myself wondering the same thing before I understood how World of Tanks calculates armor.  This page will hopefully dispel any questions relating to how armor is calculated, zero damage hits, and all that fun stuff that angers many in World of Tanks.
有没有想过为什么你的炮弹明明在能够击穿装甲时却被那些很薄的装甲弹开？ 我在理解坦克世界的装甲机制之前也想不明白这个问题。本文将通过讲解装甲计算方法，零伤害击穿及所以这种让人恼火的情况，来消除你的疑惑 。

Lets start off with effective armor and how it is calculated.  Many players are able to figure out and look into the amount of armor each tank has in specific locations.  Many will see that “x” tank has 150mm of armor on the front glacis so therefore if they have a gun that has 160mm-200mm penetration they would be able to damage it.  What is not fully explained is that the slope(or angle) of the armor increases the effectiveness of that armor immensely.  Effective armor refers to the thickness of the armor combined with the angle to figure out how much penetration is actually required to penetrate.  Effective armor values are only used against HE, HESH, and HEAT shells as these shells do not “normalize” but more on that later.
先从等效装甲计算开始说起。很多玩家知道自己的坦克的具体部位的装甲厚度是多少。很多时候”x”坦克拥有150mm的车体正面倾斜装甲，会让那些扛着160-200mm穿深主炮的坦克难以击穿。这个现象的简单解释就是“倾角”（或者说角度）对装甲的防护效果有极大影响。等效装甲值指的是此厚度的装甲在以一定角度倾斜后，一枚炮弹想要穿透该装甲区域所需要的穿深。该数值仅用于计算HE,HEAT,HESH等没有转正效果的炮弹，关于”转正效果“，我们稍后再谈。

END_OF_DOCUMENT_TOKEN_TO_BE_REPLACED

Basically, Storm made a post, where he asks people to present MM fail screenshots. Currently, there are apparently some issues with the matchmaker in 0.8.6, namely the fact, that since tier 10 heavies have the same MM weight as tier 10 arties, currently it is possible for one team to have two tier 10 heavies and the other two tier 10 arties. Storm is currently considering what to do with it. 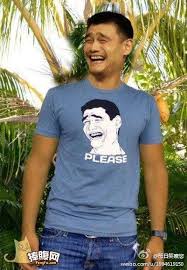 several people asked me yesterday, how does one “fix” random battles when the matchmaking takes the players from the entire server. It shouldn’t be possible to do, right?

So just a quick description how this works. Next time there is some competition (you know, like the one for 0.8.5 – top XP gainers from each class etc.), check on how many of the victors are clanners and how many of representatives of those clans are present.

How to do it

Here’s an example of a fixed battle (thanks to Rasan and his clanmate):

Here you can see a typical (albeit lowtier) example of fixing battles. Several friends (this time from different clans, although Suicide Division (S-D) and Valkyria (VLK) are present on both sides) decided to allow the T1 Cunningham to get an insane XP gain.

Basically, what the culprits do is they abuse the MM mechanism for matching platoons. This works best around 4-5AM, when there are very very few players on the server. Few players means few platoons. In other words: if you suddenly create two 3 man platoons (those are rarer) and click on “battle” at the same time, you have a really high chance of ending against each other, because there will be no more 3 man platoons online at that point and the matchmaker will have no other choice than to compensate by putting your friends’ platoon against you.
END_OF_DOCUMENT_TOKEN_TO_BE_REPLACED

Source: http://world-of-ru.livejournal.com/2021014.html
Author: newsashThis is an interesting post by Russian player, testing the Jagdpanzer E-100 8.6 camo – with and without bush. The spotting vehicle is a FV4202 with 100 percent crew, without binoculars or coated optics, but with radioman’s viewrange perk. The bush mentioned in the table is on Malinovka, like this:
在蹲坑卡， 用fv4202和白兔做隐蔽测试， 用的100%成员， 木有炮队，木有高光。
但接线生有视野增强技能！

And the result? Here is the distance in meters, on which the Jpz E-100 gets spotted…. (notice my elite photoshop skill, which I used to insert the text so nicely…)
END_OF_DOCUMENT_TOKEN_TO_BE_REPLACED
Updated for 0.8.5 How does the Match Maker work?
更新至0.8.5 配对分房机制如何工作
World of Tanks is a team-based massively multiplayer online action game dedicated to armoured warfare in the middle of the 20th century. The core of its gameplay consists of two teams made of 15 players, fighting on a battlefield against each other.

The vehicles that are present on the battlefields are divided into classes (light, medium and heavy tanks, self-propelled anti-tank guns and tank destroyers). The classes are split over 10 tiers.
目前在战场上坦克被分成几类（轻型，中型和重型坦克，自行反坦克炮和坦克歼击车）,并且所有的坦克被分成10个等级。